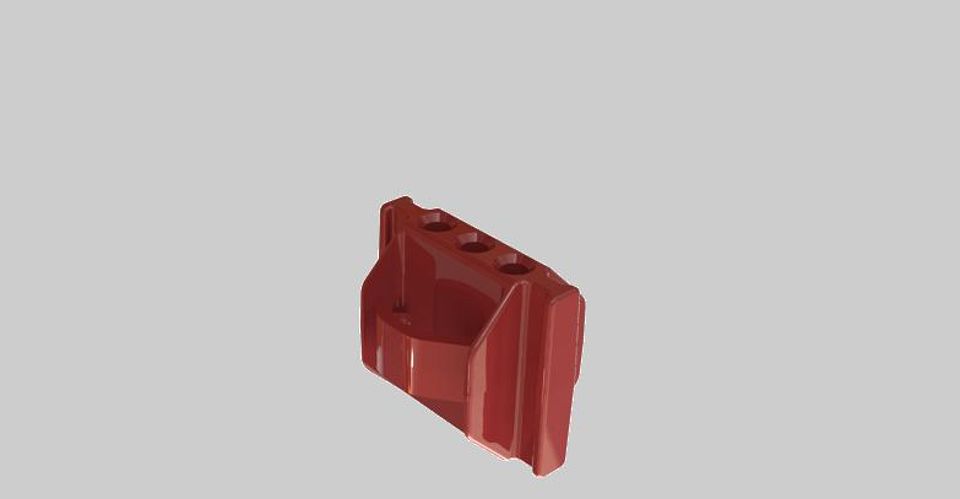 >The headlock works great. This is one of the best products. Once we installed the headlocks it reduced the wobble in the head plus allowing us to screw it in without worrying if the hole would strip. I will put in order for a few more once we have finished fall ball.

>Received the HEADLOCK device and installed them on both of my sons shafts that we've tried taping, drilling new holes, switching shafts or heads and all the other gimmicks that lacrosse players use to no avail. Being dpoles both of my sons give their sticks a beating, mostly the heads. Between ground balls and poke/slap checks I always found myself at halftime making emergency repairs. Well that's all a thing of the past with the HEADLOCK device! We've gone 4 tournaments without any noticeable movement and I don't think it's going to change. The HEADLOCK device will revolutionize the game of lacrosse for the better and that's not something many people can say!
Thanks again,

>Hey, I finally got my new stick and lacrosse started up yesterday. I am very impressed on how much has held up. I put it on two of my sticks. My new one and one from last season, my last one is stripped. Let me tell you, there is no difference, stripped or not, the headlock is the best invention for the lacrosse stick I have ever seen.
Thank you so much,

>Just got them today thanks they are great and work wonderful

>Received the headlocks and they work exactly as advertised. They work in both men’s and women’s shafts (inc 10 degree). I was able to fix the head on my daughter’s stick in less than 5 minutes. Thanks again.

>I received the Headlock samples yesterday. My son has a stick that continually comes loose even and we have tried everything to keep it tight. We placed the Headlock in the stick and works work’s perfectly. It was very easy to use and the head of the stick is now secure. He used it in practice last night and the head has not moved.

Thanks again and good luck.

>"The headlock is awesome! It tightened up my stick that had been very loose without adding extra weight! The stick held up great during faceoffs for an entire tournament."

I installed your HEADLOCK on two different sticks. One was my sons game stick and the other was an old practice stick with a sloppy head that was moving all over the place. The HEADLOCK was like cement. We tried everything with the old stick...tape, new holes, bigger screw. Nothing really did the trick until we used the HEADLOCK. Awesome product!

>The Headlock device worked great on my son's lacrosse stick.  I had tried other means of repairing a stripped mounting hole on his stick but they did not work.  The Headlock is simple and works great!  We also used tape as outlined in the online video to fill in the gap between the shaft and the head.

Joe, thanks for sending the Headlock devices!

Where to Find Us: